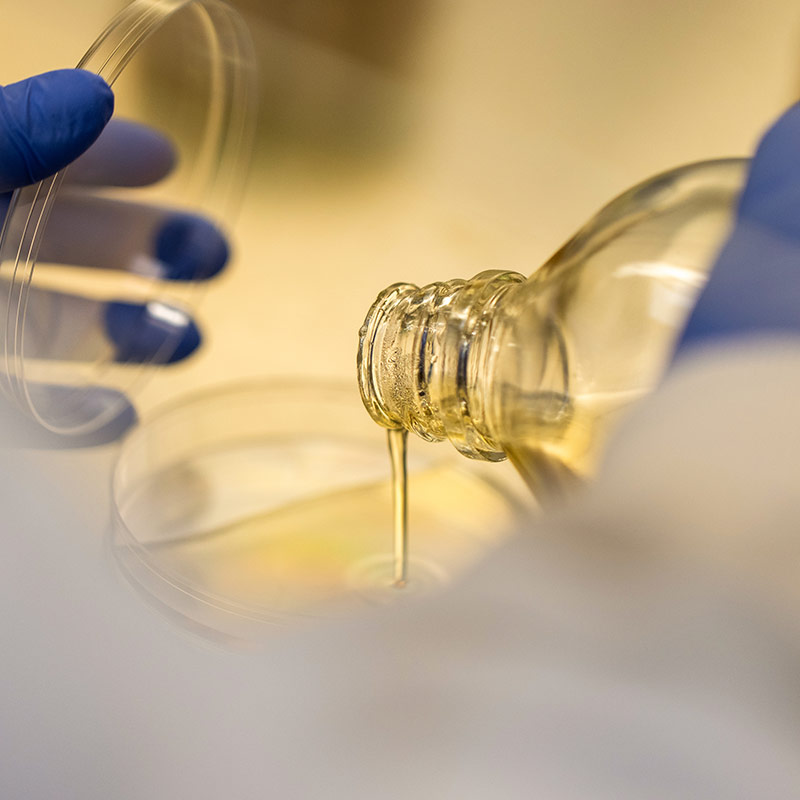 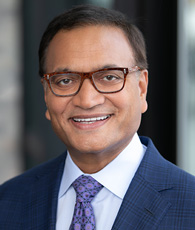 Chirag Patel has served as Co-Chief Executive Officer, President and director of the Company since August 2019. Mr. Patel served as a Co-Chairman of the Board from May 2018 to August 2019, and previously was Co-Founder of Amneal and served as Co-Chairman and Co-Chief Executive Officer of Amneal from 2005 until the combination with Impax Laboratories in 2018. With his brother, Chintu Patel, Mr. Patel has also invested in several independent biopharmaceutical companies including Asana Biosciences, Kashiv Biosciences and Prolong Pharmaceuticals, each of which specializes in innovative science and drug delivery technologies. Earlier in his career, Mr. Patel co-founded technology companies NextGen Technologies and Veriprise Wireless. In 2022, Mr. Patel was named Chair of the Association for Accessible Medicines (AAM) Board of Directors as well as an inaugural member of the CEO Advisory Committee for the International Generic and Biosimilar Medicines Association (IGBA) – both leading industry trade associations. Mr. Patel also serves as a Managing Trustee for the Liberty Science Center of New Jersey and a Trustee for the Foundation for Morristown Medical Center. He is a recipient of the Ernst & Young National Entrepreneur of the Year® 2011 Life Sciences Award. Mr. Patel supports various philanthropic causes and, together with his wife, Priti Patel, established the Niswarth International Foundation in 2013. The Foundation aims to bring fresh water, sanitation, nutrition and education to underprivileged children. Mr. Patel received his bachelor’s degrees in Commerce from H.A. College of Commerce, India, and in Business Administration from New Jersey City University. He also holds an honorary Doctorate of Humane Letters from New Jersey City University in recognition of his efforts to serve others. 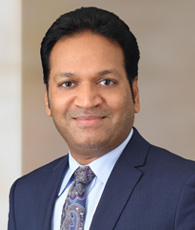 Chintu Patel has served as Co-Chief Executive Officer and director of the Company since August 2019. Mr. Patel served as a Co-Chairman of the Board from May 2018 to August 2019, and previously served as Co-Chairman and Co-Chief Executive Officer of Amneal from 2002 until the combination with Impax Laboratories in 2018. With his brother, Chirag Patel, Mr. Patel also co-founded and invested in several independent biopharmaceutical companies including Asana Biosciences, Kashiv BioSciences and Prolong Pharmaceuticals, each of which specializes in innovative science and drug delivery technologies. Before founding Amneal, Mr. Patel was a pharmacist and senior-level manager with Eckerd Pharmacy from 1994 to 2002, where he won numerous awards. Mr. Patel has been a featured speaker at the Hauppauge Industrial Association in New York and serves on the boards of the Long Island Association, Long Island University, and the Make-a-Wish Foundation®, and is a recipient of the Ernst & Young National Entrepreneur of the Year® 2011 Life Sciences Award. Mr. Patel and his wife, Falguni Patel, run the Irada International Foundation, which focuses on health, education, and community outreach projects in India and the United States. Mr. Patel holds a bachelor’s degree in Pharmacy from Rutgers College of Pharmacy. He also holds an honorary Doctor of Science degree from Long Island University Pharmacy in recognition of his contributions toward quality, integrity and innovation in pharmaceuticals. 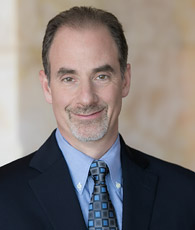 Andy serves as Executive Vice President, Chief Commercial Officer – Generics, and is focused on accelerating the sales, marketing and distribution of our evolving generics portfolio, including focusing on our growing injectables business. Andy most recently served as President and CEO of North America Generics, Teva Pharmaceuticals, Inc. Prior to joining Teva, Andy was Senior Vice President of Sales and Marketing for the U.S. Generics Division at Allergan plc (formerly, Actavis plc; formerly, Watson Pharmaceuticals, Inc.) since September 2006. He joined then Watson in 1998 as Associate Director of Marketing in Generics. Before joining Watson, Andy served as National Accounts Manager for Lederle/American Cyanamid as well as Marketing Manager for Barr Laboratories. He serves as a Director of the Association for Accessible Medicines. Andy received his Bachelor’s degree in Business Administration and Management from State University of New York at Albany.

Jason leads Amneal’s global legal and corporate compliance strategies with a focus on delivering value as Amneal drives into more complex commercial categories. He brings substantial experience leading the legal and commercial strategies for global pharmaceutical & medical device companies, including Teva, where he most recently served as Senior Vice President, U.S. Market Access and previously as Vice President & Chief of Staff, North American Commercial as well as General Counsel – U.S. Generics & North American Commercial. In his seven-year tenure with Teva, Jason was responsible for driving the company’s multi-billion-dollar U.S. managed-care customer accounts, including go-to-market tactics for biosimilars and expanding formulary access for key branded products. He also served as a key executive, overseeing a team of commercial attorneys responsible for legal strategies related to patent settlements & authorized generics, pricing policies, REMS programs, the commercialization of the company’s brand and generic medicines, and government affairs. Prior to Teva, Jason served nearly a decade in various legal and commercial leadership roles with Straumann Group. He has worked for law firms HinckleyAllen LLP and WilmerHale LLP and was a law clerk to Judge Mary Lisi in the United States District Court in Providence, Rhode Island. Jason holds academic degrees from the University of Pennsylvania Law School as well as the University of Rhode Island. He holds professional certificates from The Wharton School of Business, The Kellogg School of Management and the Boston University School of Management. He is also a member of the Massachusetts and Rhode Island Bar Associations. 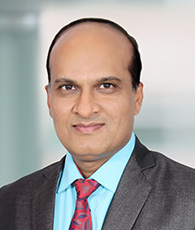 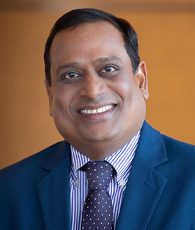 Dr. Kone has leadership responsibility for Amneal’s Generic Research & Development activities, including overseeing the company’s global Complex Pharmaceutical Dosage Development, Regulatory Affairs and Portfolio and Project Management activities. He brings substantial R&D experience to Amneal and has served roles of increasing responsibility since joining the company in 2005. During his tenure, Dr. Kone has contributed significantly to the expansion of Amneal’s technical capabilities across new dosage forms, including leading the development of advanced programs in complex generic liquids, nasal sprays, topicals, transdermals, ophthalmics and inhalation. He has also played a key role in implementing innovative regulatory strategies that resulted in the delivery of several first-to-file and first-to-market opportunities and is deeply experienced in product lifecycle management. Prior to joining Amneal, Dr. Kone held R&D leadership roles for Zydus and Sun Pharmaceuticals. Dr. Kone received his Ph.D in Pharmacy from Andhra University, holds several patents and his research has been published in several journals of international acclaim. 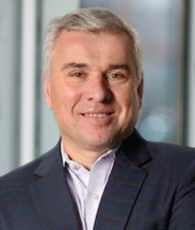 Tasos is responsible for leading Amneal’s global finance strategies, including oversight for Finance and Accounting, Internal Audit, Investor Relations and Information Technology. He brings more than 30 years of corporate finance and leadership experience, including in the pharmaceutical and business analytics/data industries. Tasos most recently served as Alcresta Therapeutics, Inc.’s Chief Financial Officer from 2016 to 2020, where he led the company’s finance, corporate development, information technology and human resources functions, and was instrumental in supporting the commercialization of a novel therapy to help critically ill patients and expand the company’s R&D pipeline. Prior to that, he served as Executive Vice President, Chief Financial Officer and Head of Corporate Development of Ikaria, Inc., from 2011 to 2015. In that role, he led finance and corporate development functions in delivering robust global organic growth as well as growth through licensing and acquisitions. Before joining Ikaria, Tasos served as Senior Vice President and Chief Financial Officer of Dun & Bradstreet Corporation for seven years, and previously held financial and general management roles of increasing responsibility at Schering-Plough Corporation, Pharmacia Corporation, Novartis Corporation and Bristol-Myers Squibb. He currently serves as a Director on the boards of Kadmon Holdings and Zep Inc. He holds a B.S. in Mathematics and Finance from Gwynedd Mercy University and an M.B.A. from Drexel University. 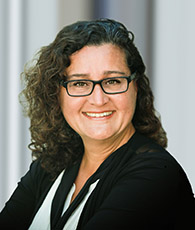 Reem has strategic responsibility for our global Quality Assurance, Quality Control and Quality Management functions. Reem is an impressively credentialed Quality leader with more than 30 years of experience, substantial expertise in complex pharmaceuticals and biopharmaceuticals and a wide range of interactions with many of the world’s global regulatory agencies. She joins Amneal from Alvotech, where she served as Chief Quality Officer responsible for all Quality functions advancing the company’s growing biosimilar pipeline. Prior to that, she held various senior leadership roles at Mylan including Head of Global Quality Operations for both affiliates and third parties as well as OSD, API, injectables and biosimilars. Reem was part of a multi-disciplined team which supported Mylan’s successful first BLA approval. While at Mylan, she also served as VP of EMEA Quality Operations, responsible for overseeing a 17-country Quality Operations team. Prior to joining Mylan, Reem held positions of increasing responsibility in quality control at Andrx Pharmaceuticals. She began her career in the pharmaceutical industry at Wyeth Ayerst Laboratories. Reem holds a Bachelor of Science in Chemistry from the University of Maine. 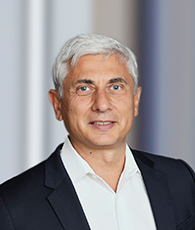 Gustavo has top-level leadership responsibility for all aspects of our Specialty Commercial organization, including sales, marketing, market access and commercial operations. Gustavo brings world-class experience in building and leading the rapid and sustained growth of various therapeutic divisions for companies including Sanofi, Abbott and Pfizer. He joins Amneal from Sanofi, where he served leadership roles of increasing responsibility over his 11-year tenure, including most recently as Senior Vice President, General Medicines, U.S. In this role, Gustavo was responsible for leading the impressive commercial turnaround of the company’s Transplant, Diabetes and Cardiovascular franchises for the U.S. and Canada. While at Sanofi, he also previously served as Global Head of the Diabetes and Cardiovascular Franchise, General Manager of Sanofi Iberia, and Head of LATAM Zone – managing Specialty Care, Primary Care, Generics and Consumer Health businesses. Prior to joining Sanofi, Gustavo served Regional Head, General Manager, Sales Head and Strategy Head roles for Abbott and Pfizer, Brand Management roles at Procter & Gamble, and as a consultant with The Boston Consulting Group. Gustavo holds a M.B.A. in Management and Strategy, Finance and Accounting from Kellogg GSM at Northwestern University and a B.A. degree in Public and Business Administration from Universidad Nacional de Cuyo in Argentina. 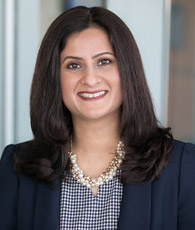 Nikita serves as Executive Vice President, Chief Human Resources Officer and Strategic Planning Officer. In this role, she is responsible for overseeing Amneal’s Human Resources, Internal Communications and Corporate Social Responsibility functions. She also partners with the Co-CEOs to lead the creation and execution of the company’s long-term Corporate Strategy. Nikita joined Amneal in January 2014 as Senior Vice President, Human Resources & Corporate Affairs, and has served roles of increasing responsibility as a member of the company’s executive leadership team. Prior to joining Amneal, Nikita led the internal audit and human resources functions for Warner Chilcott, then a global specialty pharmaceutical company. She also supported corporate M&A, process improvements and systems efficiencies across the organization. Prior to Warner Chilcott, Nikita held leadership roles at AT&T and Deloitte. She holds a master’s degree in accounting and auditing from Gujarat University, India and is a certified public accountant.